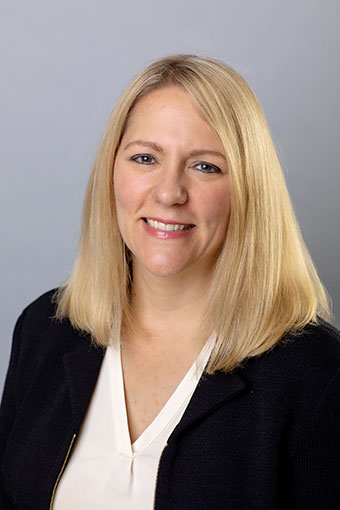 Q: After graduating from Yale University, where did you feel your career path would take you?
VPP: I knew I wanted to become a lawyer, but also knew I didn’t fully appreciate the many paths available after law school. At the time, the most likely path for me was probably a law firm in Washington, DC, followed by an eventual return to Philadelphia and a law firm there. But as Robert Frost wrote, “way leads on to way,” and I have had more varied experiences than I could have anticipated back then.

Q: What was your first job? And how did it shape or impact you?
VPP: My first job “real” job was working for an event caterer on nights and weekends, while I was interning in the Philadelphia Commerce Department during the workday. My first lesson, learned the hard way, was not to wear high heels with my catering uniform. My second and more important lesson was that people I had met in my regular life did not necessarily see or recognize me when I was their server. As a result, I always try to make sure anyone I interact with in any context feels seen, heard, and appreciated.

Q: Tell us about your position as a Federal Prosecutor and why you decided to move on?
VPP: I absolutely loved being an Assistant U.S. Attorney, and every day I am grateful that Zane David Memeger, then-U.S. Attorney for the Eastern District of Pennsylvania, hired me. There is nothing as fulfilling as serving the people of the United States of America. AUSAs are entrusted with awesome responsibility to achieve justice, not to win their case at all costs. Sometimes that means declining to prosecute a case, sometimes that means arguing for a lighter sentence when justice would be better served by doing so, sometimes that means helping a scared 12 year old victim testify against his abductors in a grand jury and in open court. I was fortunate to have immensely supportive supervisors and colleagues, people with the highest integrity willing to share their time, expertise, and good judgment with me as I honed my skills as a trial attorney in federal court.

I was in no hurry to leave the U.S. Attorney’s Office, and would have stayed longer, but my husband was eager to return to his native Pacific Northwest, and I was willing to move if the perfect job materialized. That came in the form of a call from David Howard, who had given me my first legal job 15 years earlier as a 1L summer associate in Dechert’s Philadelphia office. In the intervening years, David had taken the helm of what was then known as the Litigation, Competition and Compliance Group within Microsoft’s legal organization, and was looking for a former federal prosecutor to join the Office of Legal Compliance’s investigations team. It was hard to imagine a more perfect job, and after a swift interview process in which I was blown away by the quality of my prospective colleagues, I made the move. I wouldn’t give up a day of my time as an AUSA, and I do wish I had had more of it, but the move has proven more gratifying than I could have imagined, and I wouldn’t give up a day of my time with the Office of Legal Compliance either.

Q: Can you share with our audience something about your position as Assistant General Counsel at Microsoft?
VPP: I lead Microsoft’s Corporate Investigations Team, which is part of the Office of Legal Compliance. We investigate allegations of business misconduct by Microsoft employees worldwide, ranging from leaks and piracy to bribery, fraud, and related criminal misconduct. The investigations themselves are fascinating and Microsoft’s commitment to ethical business conduct is unwavering. But the part that has been the most unexpected delight is how much I enjoy managing a team and a program. Sam Pailca leads Microsoft’s Office of Legal Compliance, and she is one of the most positive, supportive managers anyone could hope to have. When Sam gave me the opportunity to manage the OLC Investigations team, I was really gratified by her faith in me because I – like most attorneys – had plenty of experience managing my own matters, but no real experience managing people or programs. Learning and growing in that role has been one of the most exciting challenges of my career. Every day is different, every day is energizing, and every day I appreciate the responsibility even more.

Q: Were there moments in your career that were pivotal to getting where you are today?
VPP: Too many to list, and most involve others’ willingness to take a chance on me. The moments that stand out in my mind are the ones where I powered through my own fear of failure, and convinced people to take that chance. A dear family friend – and amazing lawyer – Judith Hammerschmidt, had encouraged me to “go big or go home,” and apply for a clerkship with Judge Colleen Kollar-Kotelly, a U.S. District Court judge in Washington, DC. I felt far out of my depth, and I remember sitting outside the courthouse in 100 degree heat, having arrived hours early, thinking that if I could earn a clerkship in Judge Kotelly’s chambers it would change the course of my career. I was terrified of speaking to such an important and impressive woman. I still can’t believe my good fortune in getting to work with Judge Kotelly for two years, but what was most pivotal for me was watching her discharge her duties as a U.S. District Court Judge with absolute rigor, diligence, and empathy. I have never known anyone who works as hard as Judge Kotelly, or is as completely fair and respectful to everyone in her courtroom. She remains one of my most important role models.

Q: Which woman inspires you and why?
VPP: My mother. She is absolutely undaunted by any challenge. When she was in high school, the college guidance counselor told her she might go to a local state school. She ignored the advice and received a scholarship to Stanford. When she wasn’t offered a summer associate position at her preferred law firm in Philadelphia, she wrote to the hiring partner to tell him the firm had made a mistake. She received an offer, and became one of the firm’s first women partners, serving as the firm’s general counsel. She held me to the highest academic standards when I might have preferred otherwise, including assigning me essays, book reports, and math problems each summer until I was in high school. While I was clerking for Judge Kotelly, my mother was nominated to be a federal district court judge. I watched her confirmation vote from the Senate gallery. I hope I can be even half as inspiring to my children as she has always been to me.

1. If you could talk to one famous person past or present, who would it be and why?
Sandra Day O’Connor. I would love to talk with her about balancing her professional success with the other aspects of her life. Plus, we share a birthday!

2. What’s your favorite way to spend a weekend?
Hiking or swimming with friends and family near our cabin in Central Washington.

3. What do you wish you knew more about?
Art history.

4. Where is the most relaxing place you’ve ever been?
Nantucket, MA. My family has gone their every summer since I was four years old, and now I can watch my children playing on the same beaches where I played and where my husband and I got engaged.

Egypt Sherrod, Starring as Co-Host Alongside ..

Q: Was real estate a pathway to design for you or the other way around? ES: I was a real..

She Has Overcome the Worst Adversities, Inclu..

Q: Do you regularly relive or re-experience these traumatic events? LP: Yes, unfortunate..