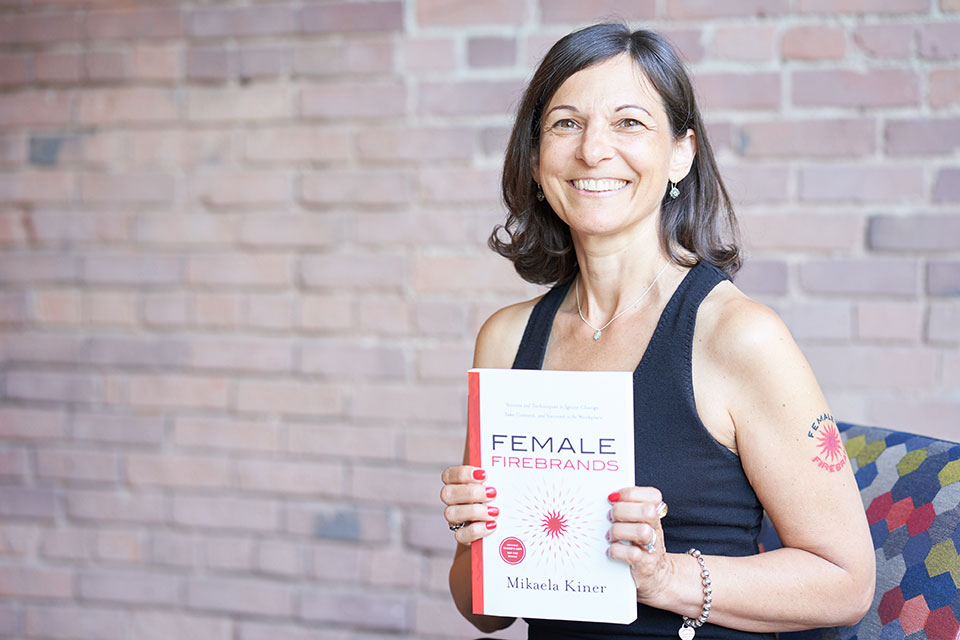 Q: After high school, where did you feel your career path would take you?
MK: I came out of high school with an interest in creative writing. I have always loved fiction and believed one day I would write a novel. I also had a strong interest in social work. Throughout college I interned with several nonprofits where I mentored and tutored at risk youth, as well as adults in an alternative to incarceration program.

Q: What was your first job? And how did it shape or impact you?
MK: My first jobs as a kid were office work in law firms (receptionist and filing) and babysitting. Both gave me a sense of independence and responsibility. At the same time, the office work steered me away from spending my time in a formal office setting.

When I graduated from college, I had the choice between working as a paralegal at a NYC law firm and working for a growing upscale coffee chain. I chose coffee, and eventually became responsible for hiring and training all staff as they opened thirty stores across New York, New Jersey, and Pennsylvania. That was my first foray into HR. Eventually I went back to graduate school for a Master’s degree in HR Management.

Q: Can you share with our audience, why you decided to pursue a career as an HR Consultant?
MK: After working in HR for fifteen years mostly in large companies including Microsoft and Amazon, I wanted more flexibility and family time. My kids were ten and thirteen, and I had worked long hours since they were born.

I also wanted to do HR without the bureaucracy; to do what leaders needed when they needed it. In large companies, HR follows a schedule based on the company’s fiscal year. There’s a time for performance reviews, succession planning, etc. In consulting, if a company needs to focus on succession today, or training, or expansion, you get to help meet their immediate needs.

The year before I went out on my own, I had gotten certified as an executive coach. My last employer gave me permission to moonlight, but I found I only had time for more than one client. Coaching is incredibly rewarding, and I wanted time to do more. Working for myself, I’m able to continue coaching while I grow my business.

Q: How do you know if a client is right for your service?
MK: At my firm, Reverb, we’re values driven. We work with companies who treat their people well and want to invest in them. One of our values is Kindness, and we will not work with toxic leaders. When we’re talking to a potential client, we look for a few things:

If the answers are yes, we know they’re a fit. Our clients consistently treat their teams and ours with respect and dignity.

Q: What inspired you to write a book?
MK: I’ve always wanted to write a book! Remember my early interest in creative writing? I found out pretty quickly that was not my strength. As I got older, I enjoyed writing nonfiction and eventually set a goal to write a book before turning fifty.

My book Female Firebrands was inspired by an International Women’s Day event hosted by Ladies in Seattle Tech. Five women including myself gave quick lightning talks about career advice. When the talks ended, women from the audience gravitated towards each of us to ask questions. I could see they approached whoever’s story resonated most with them. This made me realize how powerful women’s stories are.

I began my research by interviewing thirteen successful, mission driven women who I consider firebrands. It was their stories that shaped the themes of the book - Privilege, #MeToo, #MomToo and Female Rivalry.

The goal of the book is to let women know they are not alone, and to help women set the tone in their companies. It gives them the tools they need to speak up for themselves and clothes. I included tips for males’ advocates too since their voices and support are so important.

Q: How do you maintain a healthy work life balance?
MK: Ever since having kids I’ve worked really hard to maintain my balance. After my son was born, I heard more than one woman describe themselves as “bad moms” because they were struggling with balance and felt they were doing their kids a disservice.

I didn’t even know at the time there was such a thing as mom guilt, but I vowed I would leave any job before I felt like I was becoming a bad mom. Over time I felt that if I made small sacrifices, sometimes for work and sometimes for family in equal measure, I was doing ok.

As my kids got older, they wanted me around more - especially my daughter. In my book I talk about a moment I call my tipping point. My daughter was seven, and from the back of the car she read me the riot act - asking why I wasn't home more, and why only her dad knew her friends’ phone numbers. That made me realize I needed a significant shift to get my balance back on track.

Though running a business can be demanding, it’s really allowed me the most balance and flexibility I’ve ever had since joining the workforce.

Q: Which woman inspires you and why?
MK: I’m really inspired by Minda Harts. She wrote a powerful career guide called The Memo for women of color. She is incredibly mission driven and works hard to get her message out for the greater good.

Q: What's the greatest fear you've had to overcome to get where you are today?
MK: I am naturally shy. I remember hiding behind my mom as a kid, and blushing when I had to walk to the front of the class in elementary school. I spent years avoiding public speaking and facilitation. Starting a business and writing a book have really pushed me out of my comfort zone. I wanted both to be successful and found that speaking was a way to increase my reach.

I actively seek out opportunities to speak on things I’m passionate about like inclusion and gender equity. It’s still a little uncomfortable but I try to “embrace the suck” as Brene Brown says.

1. If you could talk to one famous person past or present, who would it be and why?
Right now, it would be Melinda Gates. I so admire her work - not only what she’s done with The Gates Foundation but the time, effort, and funding she continues to invest in empowering women and closing the gender equity gap.

2. Favorite food?
I spent three years working in Hyderabad, India and I love spicy south Indian foods. My favorite meal is called a Mysore Masala Dosa - if you’ve never had one, you should try it!

3. Have you ever met anyone famous? Who?
When I worked at the coffee company, we had lots of famous people come in including Alec Baldwin, Brooke Shields, and Andre Agassi. Other people were embarrassed to help them but since I’m bad at recognizing celebrities I always ended up serving them.

4. What app can’t you live without?
Right now, it has to be Zoom. With social distancing, I use it for meetings and events as well as weekly chats with extended family. I am eager for the day when it’s no longer such a necessity.

5. Who had the most influence on you growing up?
My grandparents were a wonderful influence. My brother and I used to spend a week or two with them every summer in Connecticut. They lived on a lake where we learned to swim, sail, catch frogs, and enjoy being outdoors. My grandfather was a workaholic and used to work upstairs on the porch even as he got older. My grandmother spent time buying and making all the food we weren’t allowed to eat at home. They showed us so many ways to work, relax, and have fun.

Q: You acknowledge that you’re a trailblazer. For women entering the sports agent field,..

Making Her Second Chance of Life Count, An ..